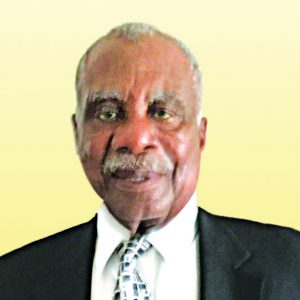 Albert Dandridge was born in 1936 in White Castle, Louisiana. He attended Iberville Parish High School where he participated in football, baseball, and a “little bit” of track and field. After graduating from high school in 1955, he immediately joined the US Navy. While in the Navy, he played fast pitch softball and flag football. He coached six-man football and was introduced to officiating by umping little league baseball.

In 1972, while at Mesa College, he was introduced to track and field and the San Diego County Track Starters Association by legendary
coach, Bob Kirchhoff. Albert graduated from Mesa College in 1975. His track officiating began with experiences at SDSU and Mesa College with tutorage from coaches Arnie Robinson, Dick Wells and Jim Peabody.

Albert has been an active, continuous member of the San Diego County Track Starters Association since 1972, a total of 45 years. In addition to starting high school and NCAA track and field, he also starts cross-country and participates in many youth track events. He is also an active member of the USA Track Federation gaining Master recognition. Albert has received many awards and recognitions during this period including Lead Starter of the Year and the California Coaches Association “Official of the Year” award. Albert has officiated in many prestigious track meets including The Jack in the Box Indoor Track invitational and the Annual Foot Locker Invitational. He has officiated countless San Diego CIF Finals and Preliminaries primarily as the Field Referee.

He attributes his success to the advice and direction of many of his fellow starters: George Schutte, Jim Cerveny, Byron Price, Tom Middleton, Tom Shields, Ken Holly, Gregg Hara and many others.