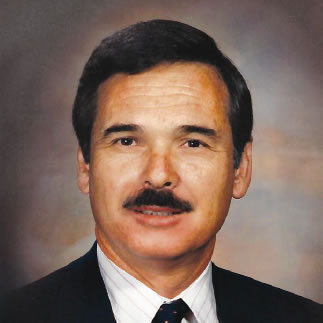 Born in San Diego, Alex E. Cremidan, is a 1956 graduate of Hoover High School and a member of the 1954 Post 492 American Legion National Championship Team. He obtained his BA from San Diego State University, and MAEd from Northern Arizona University. Alex spent 42 years in San Diego Unified School District as a Teacher and Principal.

He began umpiring in 1966. He was an active member of the San Diego County Baseball Umpires Association for 25 years, served for 15 years on the Board as Treasurer, Secretary, Vice- President, and Rating Committee. He umpired all levels of baseball from Youth Leagues, CIF, NAIA, NCAA, Pre-Olympic, Semi-Pro College Tournament (Pueblo, Colorado), as well as Women’s Professional Softball.

In 1998, Alex was recognized for his service, commitment, and dedication to the art of officiating the sport of baseball with the “In Recognition of Lifetime Achievement” Award by the San Diego County Baseball Umpires Association, where he was granted Life Membership.

His biggest supporters are his wife, Christine, and two children Nicole and Alexander (Arizona Diamondbacks Minor League and pitched for Greece in Athens 2004 Olympics).

Alex states, “Umpiring was enjoyable because it relieved stress from the academic world and reminded me of my fondness for baseball, sports, and assisting the youth.”