Andrew is a graduate of Saint Augustine High School and the University of San Diego. He joined the San Diego County Football Officials Association in 1970, officiating youth, high school and small college football in the Southern California Collegiate Football Officials Association. He joined the Western Athletic Conference in 1994 and the Mountain West Conference in 1999. Upon his retirement from the field, he transitioned into the replay booth in 2014 and currently works for the BIG-XII Conference.

He has received nine bowl game assignments, including the Holiday and Poinsettia Bowls. Besides his inclusion in the San Diego County Sports Officials Hall of Fame, he is a member of the Saint Augustine High School Athletic Hall of Fame, a recipient of the National Football Foundations Outstanding Football Official for 2012, and a recipient of the prestigious George Schutte Award from his fellow San Diego officials. He has stayed active in his Association, serving as President, member of the Board of Directors and long-time Instructor and mentor.

He wishes to thank his family and the past and present members of the San Diego County Football Officials Association for their long time support. 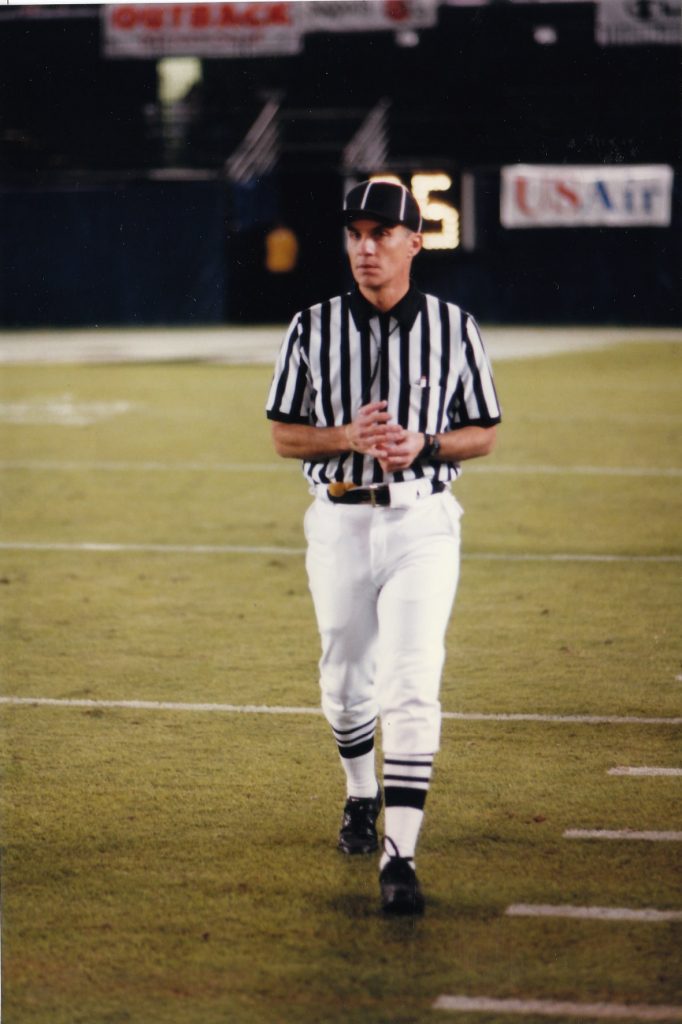