Dennis, who was born in the Los Angeles area and raised in Clairemont, California, was an active member of the San Diego County Basketball Officials Association for 30 years.

He served on the Board of Directors for 25 years. where he was the rating chairperson and the CIF High School Assignment Secretary. Additionally, Dennis assigned men’s and women’s basketball games (JC and UCSD) for 16 years and umpired high school baseball for three seasons.

His officiating career took him from the high school level through all levels (JC, NAIA, Division III, Division II and Division I Women.) He worked the PCC, GSAC, CCAA, American West, Big West (PCAA), PAC 10, WAC, and West Coast Conferences for 25 years. His highlight was working the NCAA Division I Women’s Tourney in 1990 and 1993 at St. John’s Arena (Ohio State.)

Dennis conducted and assisted with clinics, observed for the West Coast/Big West Conferences and was a member of the State CIF Officials Inaugural Accreditation committee.

He developed the famous ”PRE-PRE GAME”
1. Check your schedule
2. Call your partner
3. Pack your own gear
4. Have a listing of phone numbers
5. Leave in plenty of time
6. Be on site 1 1/2 hours prior to game time
7. Report to school personnel
8. Get in a routine/Be consistent.

Dennis was a coach, teacher, Rec/City Administrator, and CIF Commissioner for over 40 years. He is proud father of two sons, Dominic (25) and Brett (21). 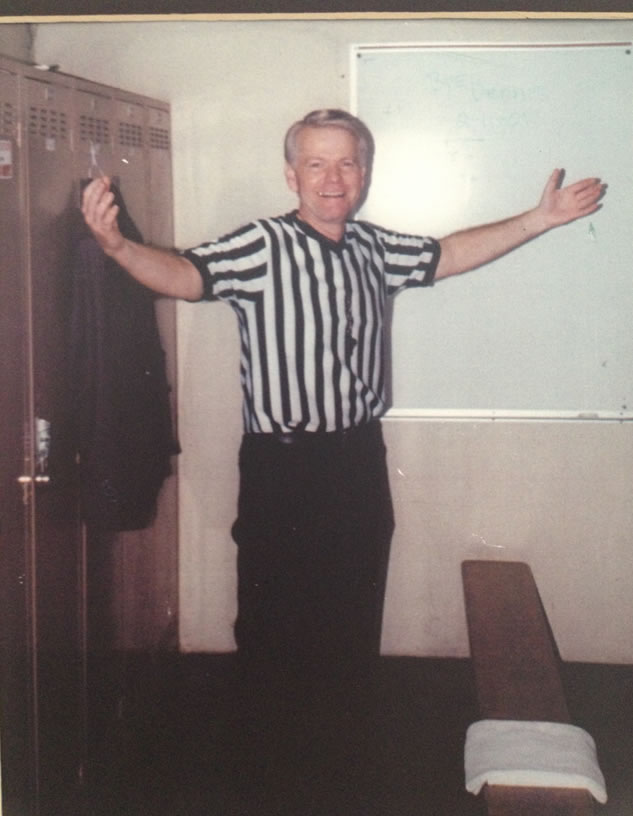