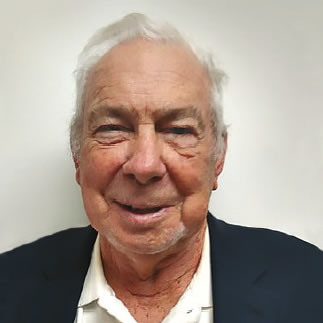 Frank was born in New York City on March 22, 1939. He graduated from Purdys Central High School in Purdy, New York, and State University in New York in 1955, then entered the USMC in 1960. Frank’s officiating career began in 1958 and extended over four decades and concluded in 2002. During these four decades, Frank was very successful in both basketball and softball and established the Margarita Officials Association, (MOA) which celebrated its 50th anniversary in June of 2018.

Frank served as President, Vice President, and Instructional Chair for the Tri County and North County Basketball Officials Associations over 30 years. He has worked numerous CIF Finals, one Southern California Regional Final, one State Championship, Junior College and Division I women’s basketball. Frank is FIBA certified and officiated in the Summer Olympics in Colorado in 1976.

Frank was very successful Softball Umpire at all levels from recreation, high school, college to and a National ASA Tournament in 1977. Frank umpired numerous CIF Finals, served as California State Rules Interpreter for 16 years and served on the National Rules Committee for four years (NFHS).

In addition to successful basketball and softball officiating careers, Frank was very active in his community, church and served 31 years as a board member of the Vista Youth League.