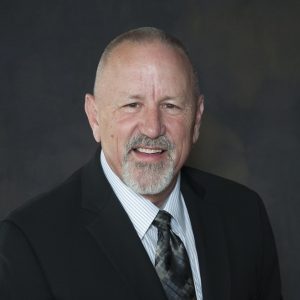 Garth attended Patrick Henry High School, Mesa Jr. College (where he was a Jr College All American and Conference Defensive Player of the Year in 1973) and San Diego State University lettering in football at all three schools. He began his officiating career in 1981 joining the San Diego County Football Officials Association, working three varsity games his first season and being selected to work on a crew in his second. During his Prep career he worked several CIF playoff games and one Championship game in 1987.

Garth began officiating NCAA Division 2 and Jr College games in 1986. In 1988 he was selected to work Division 1 football in the Western Athletic Conference where he worked through the 1997 season receiving assignments to the 1997 Florida Citrus Bowl and 1998 Cotton Bowl.

Garth was selected to work the NFL Europe League in 1997 and did so through the 1999 season. In 1998 he was selected to work in the National Football League. During his sixteen seasons on the field in the NFL he was assigned sixteen playoff games including Super Bowl XL and the 2010 AFC Championship Game. For eight seasons he was assigned to work with every new NFL Referee; a testament to his mentorship for those officials migrating to arguably the most notable officiating position in sport. Garth also served on the National Football League Referees Association Board of Directors from 2003-2006. Currently, Garth works for the NFL as a Supervisor of Officials.

The son of Walt and Arla, Garth lives in San Diego with his wife Karen, has a daughter Janica, son-in-law Eric, granddaughters Audrey and Julia, son Nick and grandson Luke.