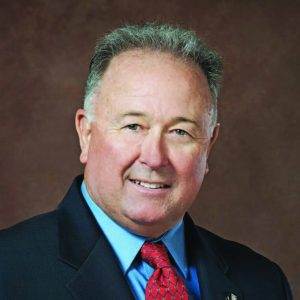 Kelly Mock is an individual who has an extensive background in soccer, including, but not limited to:

Has referee experience at all levels since 1974: Youth, High School, Adult Amateur, Regional, National and International Exhibition Games. Including several CIF finals, and NCAA playoff games and one NCAA Final 4 in 1994.

An official for multiple decades in USA professional leagues including NASL, MISL, CISL and MLS; officiated in multiple playoffs and final matches.

Served as Director of Officials for the Continental Indoor Soccer League from 1992 – 1997.

A board member and official of several referee groups in Southern California; holding positions in the San Diego County Soccer Referee Association including Secretary, Treasurer, and Director of Ethics. Also a member of the State Referee Committee for Cal South.

Has served as the State Director of Assessment for Cal South since 2011, serving under the State Referee Administrator, George Noujaim.

In 2014, Kelly was named the Local Assigning Coordinator by the national office of US Soccer and is in charge of all referee assignments in Southern California that come under the jurisdiction of US Soccer, including United States Development Academy youth matches, adult amateur and US National Team matches.

As indicated, in his present position as a National Assessor for US Soccer, he has been actively involved in assessing at all levels of the game, from entry level Referees up to and including National Referees, National Referee Candidates, and professional referees who officiate in the MLS, other professional matches, and international exhibitions; in addition, he personally serves as Mentor/Referee Coach to two National Referees.