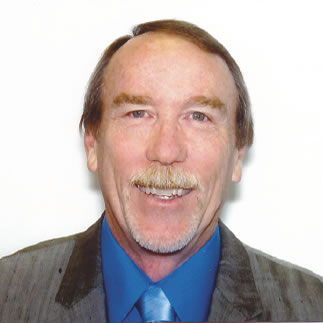 Lee started his association with sports in 1966 when he moved to San Diego with his family after his father retired from the Navy. Playing first Little League, then Pop Warner Football, and finally ice hockey starting at age 10, Lee played goalie for 13 years, ending his playing career with San Diego State and playing in adult leagues around San Diego. Except for 3-years in Bakersfield to help his brother run an oil transportation business, Lee has been a San Diegan for 50 plus years and resides in Escondido with Brenda, his wife of 39 years.

Lee’s primary sport is Ice hockey and officiates Girl’s Field Hockey and Boy’s Lacrosse in the Spring and Fall seasons, respectively. Brenda spotted an ad in the local newspaper: “Referees needed for a new Adult League in San Diego, the National Novice Hockey League.” Thus began Lee’s 35-year career as an Ice Hockey official. A career that has included eight years as a USA Hockey Level 4 official (the highest level attainable), participation in USA Hockey State, Regional, and National Championships, and a couple of years in the mid-90s as a Linesman working the San Diego Gulls minor-pro team in the West Coast Hockey League. He has recently added sled hockey to his resumé, and was selected to work the 2017 National Championships. Lee currently works levels 10 & under through College Division II, and adult recreational leagues.

Lee gives back to the game of Ice Hockey by instructing new and experienced officials as a USA Hockey Seminar Instructor for over 20 years. He has been active from the start in the San Diego Hockey Referee Association, serving as its Vice President and a Director At-Large.

Lee was the first Lacrosse Officials Association Secretary and has served as a Crew Chief for the past 12 seasons.

Lee has owned his own software development firm for 36 years, specializing in custom database applications.