Lou Furrer, a native of Illinois, started his football officiating career in 1954, working prep and high school games. He received the top certification from the Illinois High School Athletic Association in 1956, officiating in football conferences in the Chicago land area.

Lou and family moved to Carlsbad, CA in 1966. Lou joined the San Diego County Football Association in the same year.

During that time, he served on the Board of Directors, was an instructional leader for first year officials, served as assignment secretary for all North County Pop Warner football games, was a varsity crew chief and has worked numerous high school playoff games and CIF Championship games. He was a NCAA official for many years. Lou officiated his last game December, 1994 and retired from football.

In 2005, Lou received the coveted George A. Schutte Memorial Award. This award is “FOR THE GOOD OF THE ASSOCIATION”, by the spirit and standards of our mentor, George A. Schutte, and in recognition of outstanding contributions of leadership, guidance, service, and on the field integrity and excellence in football officiating.

On December 3, 1976, Lou was on the crew that was involved in calling the first ever overtime session in the history of the San Diego CIF Sectional game between El Camino and Morse, Wildcats prevailed.

Lou still lives in Carlsbad with his wife, Janet. He has one daughter, Julie and 2 granddaughters, Mindy, who lives in Visalia, CA and Brittney, who is attending Cal State Northridge. 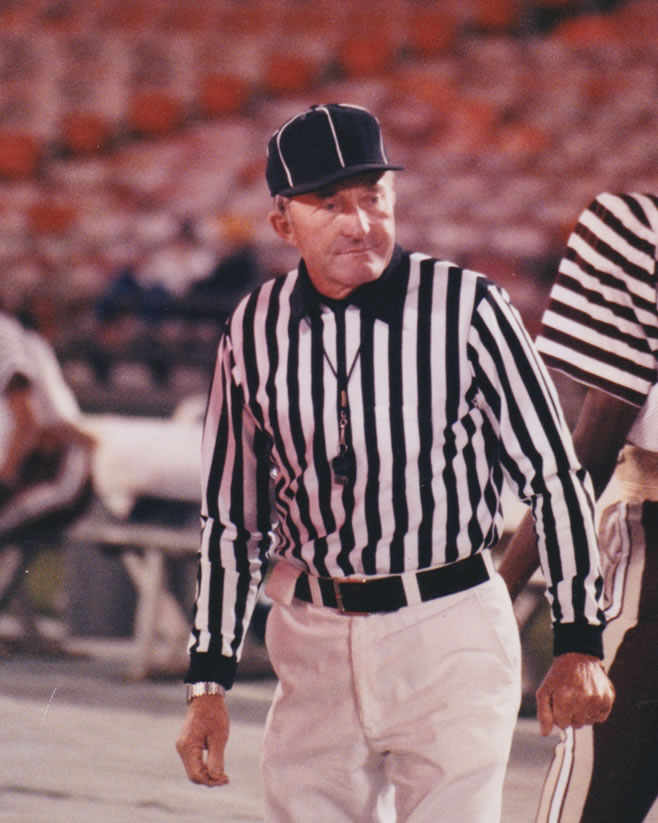