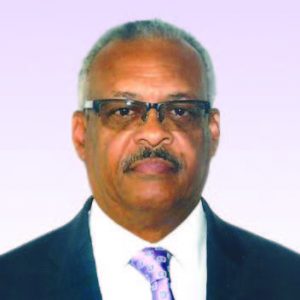 Michael worked as a Field Judge in the short-lived XFL. He has been assigned to fourteen Bowl Games including the 2006 BCS National Championship game, three PAC-12 Championship games, serving as the President of the PAC-10 Los Angeles Unit. Since 2014, he has served as a position coordinator for the SCIAC Conference. Michael represented NCAA football officials at the 2017 NCAA Football Rules Committee Meeting.

Michael has been employed by the Department of Justice for twenty-five years. He is an active member of his
church and has served as the Financial Secretary for the past twenty-five years. Michael and his wife, Debra, reside in San Diego, they have one son, Michael James Mothershed.