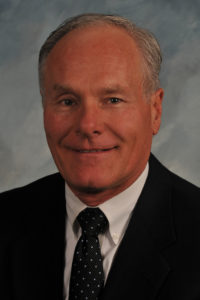 Mike Weseloh started football officiating in 1983 with the San Diego County Football Officials Association, and for 20 years did high school and youth football games throughout San Diego County. In 1990 he began officiating Junior College and small college football, and in 2003 he was promoted to the PAC 12 Conference where he officiates today as a side judge.

He has also been on the officiating staffs of the Mountain West Conference and the Arena2 Football. He has been assigned six D-1 Bowl Games, including the 2011 Fiesta Bowl, small college playoff games, community college bowl games and four San Diego County CIF championship games. in 2010 he was honored by the Walter Zable Chapter of the National Football Foundation – San Diego as the Outstanding Football Official of the Year.

Mike served on the San Diego County Football Officials Association Board of Directors from 1994-2004, President in 1996. He is the San Diego Area Representative to the Southern California Collegiate Football Officials Association and is the NCAA Instructional Coordinator of the Southern California Collegiate Football Association. He also is position coordinator for the SCIAC Conference since 2010.

Weseloh is a graduate of St. Mary’s College, Moraga, CA, graduating in 1975 with a BA degrees in Business Administration and Economics. He is an active member in his community serving on many Boards and civic organization.

Mike and his wife Laurie reside in Oceanside, have three sons Matt, Mark (Kortney), and Kevin (Kaitlynn) and grandchildren River and Cedar.