Growing up in San Diego, Bob attended University High School and graduated from the University of San Diego, where he received a B.S. degree in Business Administration.

Bob has been involved in football officiating for 40 years. During that time he has been a member of the San Diego County Football Officials Association, where he served as President, a member of the Board of Directors and as a classroom instructor.

The 2000 season offered Bob the opportunity to officiate at the Division I level for the Mountain West Conference. His positions included line judge and head linesman. In 2010, Bob transitioned to the replay booth for the SFO West. During his Division 1 career, Bob officiated at the Cotton, Alamo, Hawaii and Compass Bowls.

He continues to be involved at the local level with younger officials to assist in advancing their officiating careers. The National Football Foundation and College Hall of Fame chose to recognize Bob as the 2013 Outstanding Football Official for his contributions to the game. Bob wishes to acknowledge the ongoing support in his officiating career from family, friends and fellow football officials. 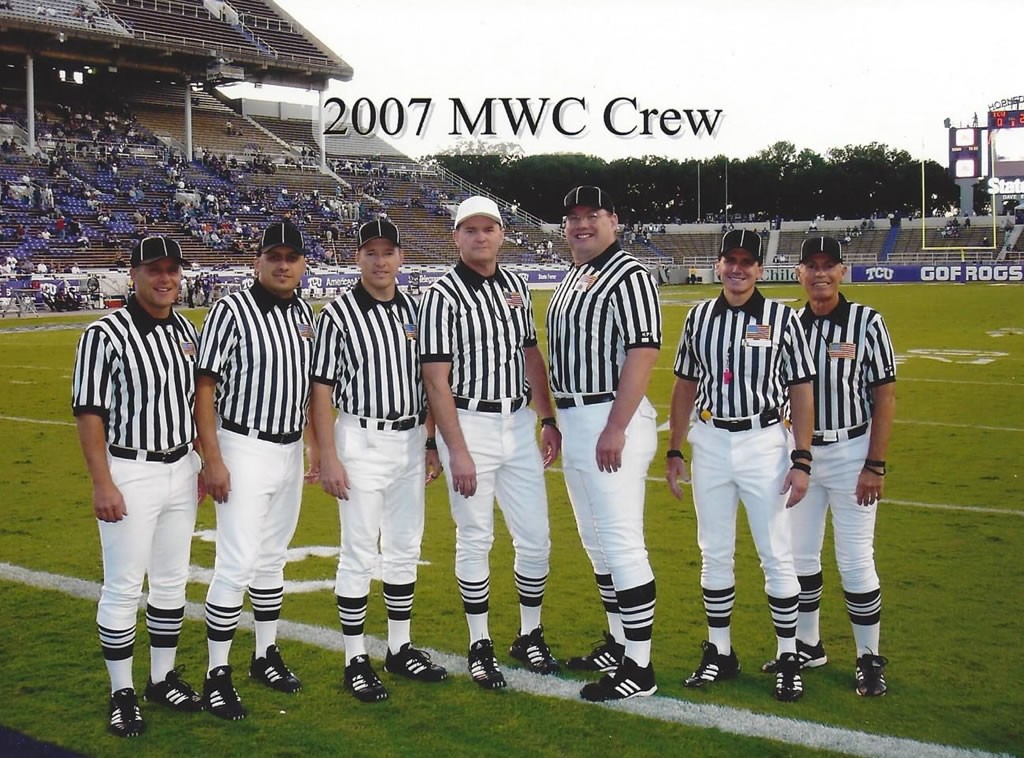