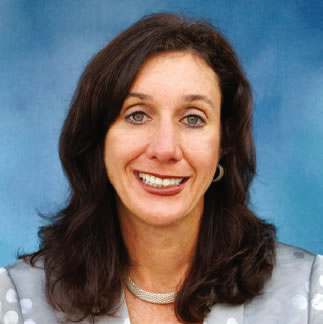 Rosalie was born September 18, 1960, the daughter of Hans Kramm (HOF2008), a graduate of Helix High School, Valedictorian of Rutledge College School of Business. She became a California Certified Shorthand Reporter in 1981 and founded her own Court Reporting company
in 1985.

Introduced to Soccer Officiating in 1973, by her father. At the age of 15, Rosalie began officiating Sunday men’s games, as a Linesman at Robb Field and the Border Field in San Ysidro. Rosalie refereed youth games every Saturday and men’s games every Sunday. She refereed high school games starting at the age of 16 four days a week including CIF finals.

At the age of 17, Rosalie was invited to referee college games and was chosen to be a Linesman at NCAA Championship games at UCSD. She refereed Surf Cup Championship games, Arizona State Cup Finals, National Women’s Championship at the Olympic Training Center in Colorado.

San Diego Sports Hall of Champions for 100 Most Influential People in Soccer In 2016 Rosalie was inducted into the California Soccer Hall of Fame.