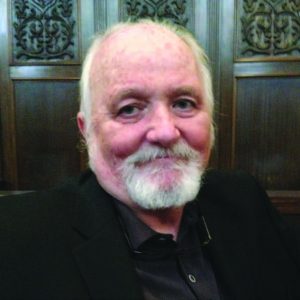 Tim Bonner was born in Philadelphia, Pennsylvania but the family moved to San Diego where he attended Madison High School and played basketball.

During his high school years he met and married his wife Judy. They had two sons, Pat and Mike, and a daughter Emily. It wasn’t long before the entire Bonner family became intimately involved in the game of volleyball. Tim was the Business Manager for the Department of Physics at SDSU, when his two sons first started playing volleyball.

Tim entered the world of officiating volleyball in 1988, with a strong desire to better understand this new sport that his sons were about to start playing. So he entered and quickly rose to the top of the San Diego Federation Volleyball Officials Assoc. while officiating youth, Junior Olympics, high school and college volleyball throughout San Diego County and Southern California. During his 27 years in the association, he was constantly “giving back” to the volleyball association by serving as a board member as well as the instructional chair. His leadership style was consistent with his officiating style, purposeful yet engaging and professional.

Tim developed and maintained extremely strong relationships with all levels of officials from first year to the long-term veteran. His pleasant personality made him a perfect officiating partner on the court, and his extensive knowledge and wisdom of the game and coaches made each officiating assignment with Tim a rich learning experience for anyone fortunate enough to be assigned a match with him. Tim’s unique personality allowed him to manage a game with strong control yet never in a manner that could be deemed a personal attack on a coach. Tim was well-known by coaches and, because of his extensive connections within the volleyball community, was commonly seen in casual conversations with coaches, even after he’d disciplined the coach during the match!

Tim Bonner spent his adult life making a sincere effort to connect with his fellow officials and those surrounding the game of volleyball. He wanted them to know that he recognized them as a person as well as an official, coach, scorekeeper, or custodian. Although Tim Bonner lost his courageous battle with brain cancer in 2016, he is still an inspirational and everlasting member of the SDFVOA and now the San Diego Sports Officials Hall of Fame.