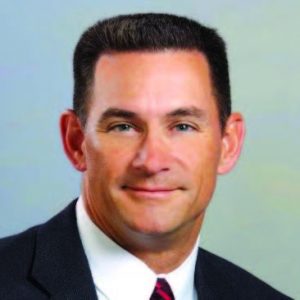 Tim was born in Alamosa, Colorado and raised in Nebraska. He attended the University of Nebraska and graduated with a Bachelor of Science degree in Industrial & Management Systems Engineering.

Tim began officiating as a member of the San Diego County Football Officials Association in 1989. He officiated Pop Warner, High School, and NCAA football. He was Crew Chief/Referee at the high school and NCAA levels for eight years. He served as the Association President and Board of Directors Member.
Tim was an instructor for the 1st Year Class for two years and the NCAA Class for 10 years and has been actively mentoring officials for 22
years. He developed the current NCAA Instructional Program in San Diego which has been in effect for 20 years. He has also been instructing at college clinics and camps for 12 years in California, Nevada, and Alaska.

Tim officiated 10 years in Division 1-A football in the WAC, Mountain West, and Big 12 Conferences. During that time, he officiated seven Bowl games including the Holiday Bowl and four New Year’s Day Bowl Games, two which were Cotton Bowls.

Tim is currently in his 11th year officiating in the NFL as a Line Judge. He has officiated eight play-off games including the 2012 AFC Championship game.

Tim thanks all the past and present members of the San Diego County Football Officials Association for their support and friendship.

Tim thanks his wife Kathy and their four children, Samantha, Danny, Zach, and Alexa, their support has been and continues to be essential to his continuing journey.